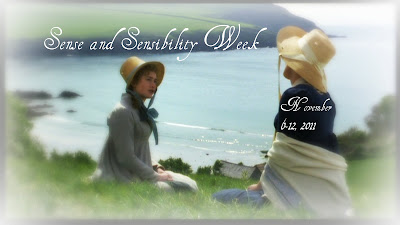 EDIT: I'm sorry that I couldn't put them all in the same poll, so now they're in three different ones, and the winners of those will go against each other in a later poll.
written by Maria at 1:42 PM

The first poll is a bit tricky, it was a hard choice for me between Mrs. Jennings and Margaret.
The second poll I voted for Sir John Middleton. That last poll is like voting for the worst of the annoying characters, I chose Fanny Dashwood because I love to hate her! :)
Too bad you didn't include Willoughby and Lucy, I know they're "villainous" but I still like them quite a bit. I can't absolutely hate any Austen character, they're all so interesting and brilliantly drawn! This was fun! :)

Oooh! A minor-character mini-tournament! How fun!! =)

The last one was hard because I didn't like ANY of them. I ended up voting for Robert because he's the least offensive. ha ha. He's the sort of person Elizabeth Bennet might find amusement in.

Ooohhh, I found the second one hardest because I actually like them all except for Nancy, and even then she isn’t too bad
- Queen Nellie
P.S I found your blog through Elise's profile and I love it, keep up the good work :) <3