My Nano Novel: the Characters


A feisty, quick-tempered, inwardly humorous main character, Anna is not romantic like Marianne Dashwood, but she is certainly 'everything but prudent.'  She thinks quite a bit, and is always ready to recognize the ridiculous.  She is Extremely Vexed with her best friend's brother, a boy by the name of Derek, and she has an addiction to Sir Walter Scott's novels. :)


Bertha is her sweet and quiet friend; a combination of Ada Clare and Esther Summerson, I think.  She observes many things, but will find that some of her observations have rather missed their mark.

Derek is the one always ready for a saucy answer, or a teasing joke.  Anna found him amusing at first, but in the recent chapters, after a few (well thought up!) jokes on her, she cannot find anything better than to call him an alligator (I know, Anna's descriptions are rather odd, sometimes.)  He seems to have borrowed a bit from Laurie Laurence (at his worst behavior), a bit from Gilbert Blythe, a bit from Frank Churchill, and (I hope), even a bit from Henry Tilney. 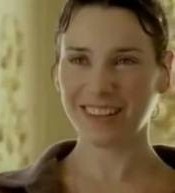 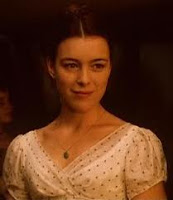 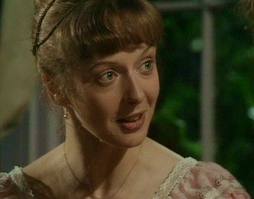 Miss Meredith Elliston is a shameless plagarisation of Anne Elliot.  She is about thirty three, and moved west with her brother and sister-in-law sixteen years ago to be a schoolteacher.  She is capable and, it seems, contented, and very few people understand the true story of her heartbreak.  As you might see, I'm not quite sure of her looks, but she is rather plain and pretty at the same time, and she has Anne's Elliot's 'elegant little figure.'


Now, take all these characters, add a couple more who I don't have time to tell you about, send them to 19th century Saskatchewan (then part of the North-West Territories) and what do you think you'd get?  Chaos?

Yup.  What else would you get with Anna and Derek living in the same town?  Derek loves it that way.  Anna doesn't.

Have a nice day!

P.S. I'm going back to my novel.  Anna and Derek are in a spelling bee together, and Miss Elliston is just about ready to make Anna spell 'animosity'.  Yes, she'll do it looking pointedly at Derek. ;P
written by Maria at 3:53 PM

Oy vey! Your novel sounds delightful and YOU PUT A SPELLING BEE IN IT! Awesome!!!
(calms down)
Anna and Derek sound hilarious. Please do post an excerpt! I want to know more about these practical jokes...
How old are Anna, Derek and Bertha, approximately?

Oh, this story does sound delightful! I love it quite indeed. And please an excerpt would be quite sweet.

I want to see an excerpt, too! It sounds like a very lively book :)